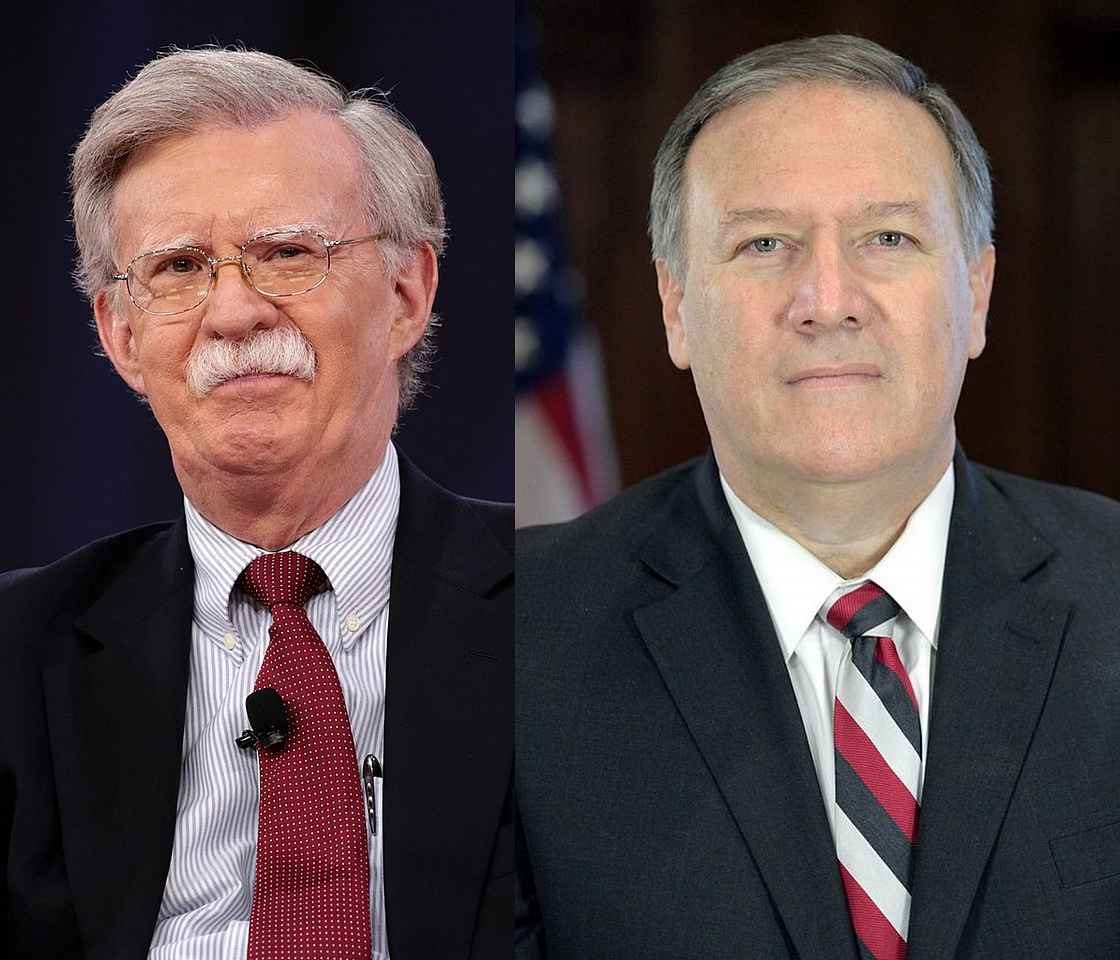 Bolton & BoJo: the Malevolent Villain & the Vicious Buffoon on the Nuclear Stage

“Acts on the world stage have become more dramatic, and these players, the villain and the buffoon, are helping make the globe a more dangerous place.”

There are currently several characters of clownish tendency on the stage of international affairs, with others waiting in the wings for an opportunity to prance forward and perform their antics.  The most recent addition to the Western cast is the new National Security Adviser to President Trump, John Bolton, who isn’t so much a clown as a pantomime villain — a grimy scoundrel who skulks round the stage twirling his moustache, jeering at his censorious audience and plotting the downfall of whomever has displeased him.

On the other side of the Atlantic the sinister Bolton is complemented by a venomous buffoon,  Boris Johnson, the foreign minister who enunciates British policy in the dignified fashion that we have come to expect from representatives of the United Kingdom.

In evidence to Parliament’s Foreign Affairs Committee on March 21 Johnson “compared Russia’s hosting of the 2018 Football International tournament to Hitler’s notorious Berlin Olympics in 1936.”  He then expanded his line of attack and declared “It is up to the Russians to guarantee the safety of England fans going to Russia. It is their duty under their FIFA contract to look after our fans. We are watching it very, very closely. At the moment we are not inclined actively to dissuade people from going because we want to hear from the Russians what steps they are going to take to look after our fans.”

The following day the British media reported that “Ninety England football fans have been arrested in Amsterdam for public order breaches as England prepared for tonight’s friendly match against the Netherlands . . .  It came shortly after 25 fans were held overnight for drunken behavior as thousands descended on the Dutch capital . . .  footage showed fans throwing pints of beer over tourists and jumping into the canal. In one clip supporters could be seen hurling beer over tourists in a boat and throwing a bike into the canal, while others chanted behind an England flag.”

Apparently these delicate, sensitive Englishmen need an assurance of safety, wherever they may go, and the British Foreign Secretary demanded that Russia inform the British government “what steps they are going to take to look after our fans.”Mr Johnson’s fretful concern that elegant, sophisticated English football supporters will require protection is but one indicator of his distrust of Russia.  On March 6 he stated that “Russia is in many respects a malign and disruptive force,” which was an echo of Mr Bolton’s opinion of Russia — and many other countries.

On March 15 Bolton told Fox News that “Russia, China, Syria, Iran, North Korea . . . are regimes that make agreements and lie about them. A national security policy that is based on the faith that regimes like that will honor their commitments is doomed to failure.”

So now we know where Washington and London stand in regard to Russia. They are opposed to dialogue and indeed to any movement that might lead to rapprochement.  They are ramping up confrontation daily, and although a war of words at the moment, it is obvious that both the US and the UK are preparing to escalate the conflict into something more dramatic. The pantomime villain and buffoon are uncompromising in their resolve to take their countries into a shooting war which would lead to planetary catastrophe.

Bolton announced that following the March 4 poisoning of the British spy, Sergei Skripal (a former Russian citizen who was a well-paid double agent and betrayed an unknown number of his countrymen to Britain’s intelligence service from 1995 to 2004), the response by Washington “needs to be such that we begin to create, in Vladimir Putin’s mind, deterrence theories that he will understand, if he undertakes this again the cost that Moscow will bear will be significantly greater. That’s how deterrence works.”This is an intriguing change of stance for the elegant villain Bolton.  Consider, for example, the YouTube record of a 2013 interview in which he welcomed “a new era of Freedom for the Russian people” following President Putin’s election.  He was proposing that Russia “grant a broader right to bear arms to its people, it would be creating a partnership with its citizens that would better allow for the protection of mothers, children, and families without in any way compromising the integrity of the Russian state. That is my wish and my advice to your great people.”

But then in July last year Bolton wrote in the UK Telegraph newspaper that “For Trump, it should be a highly salutary lesson about the character of Russia’s leadership to watch Putin lie to him. And it should be a fire-bell-in-the-night warning about the value Moscow places on honesty, whether regarding election interference, nuclear proliferation, arms control or the Middle East: negotiate with today’s Russia at your peril.”

His view of the world and especially of Russia has altered somewhat over the years, but his fellow performer Boris Johnson has the merit of being consistent, even if slightly jumbled.

One of Johnson’s tirades of anti-Russian innuendo and insult expanded into a vision of “global Britain” which is an intriguing concept.  In a bizarre diatribe on March 28 he rejoiced that the country he represents on the world stage has “the most vibrant and dynamic cultural scene, with one venue – the British Museum – attracting more visitors than ten whole European countries that it would not be tactful to name tonight [presumably this was intended as humor].  And out of this great minestrone, this bouillabaisse, this ratatouille, this seething and syncretic cauldron of culture, we export not just goods – though we certainly do – but ideas and attitudes and even patterns of behavior.”

The cauldron of British culture is so effective that Mr Johnson was “delighted to say that in both the Czech Republic and in Iceland they mark Jan 7 with silly walks day in honor of Monty Python . . . and it is an astonishing fact that both of the two highest grossing movies in the world last year was either shot or produced in this country.”This is national greatness? Silly walks, a couple of movies, and drunken football fans?

Johnson lives in a delirious world of fantasy, dalliance, and funny walks, but this does not make him any the less menacing, because his confrontational tirades are effective in swaying much of the population of a country that has lost direction and is stumbling on the world stage.  He is both confrontational and callous — as illustrated by remarks last October about Libya, which was destroyed by a 9-month US-NATO bombing spree in 2011.  His vision of its future was macabre to the point of obscenity, for “There’s a group of UK business people, wonderful guys who want to invest in Sirte, on the coast, near where Gaddafi was actually captured and executed as some of you may have seen, and they literally have a brilliant vision to turn Sirte into the next Dubai. The only thing they’ve got to do is clear the dead bodies away and then they’ll be there.”

He and Bolton are soul-mates in malevolence and belligerence  They hate President Putin and are preparing for ultimate confrontation with Russia, a scheme that is backed enthusiastically by many figures in their respective governments.

Acts on the world stage have become more dramatic, and these players, the villain and the buffoon, are helping make the globe a more dangerous place.

Show your support by disabling ad-block (How)

Thanks for your support

We’re winning thanks to YOU!